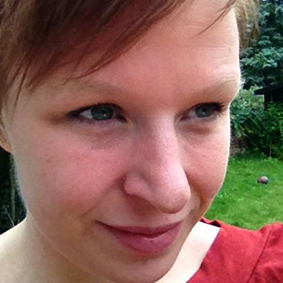 Isabel has always had an interest in photography but life took her in another direction.

Following a sudden change in her professional situation she came back to photography by accident. She discovered wet plate collodion when Luc, her partner, showed her a video by Ian Ruhter. It was love at first site, she just HAD to learn the process. She struggled to find a workshop at the time but flew to Manchester to learn from John Brewer. Isabel and John have remained in contact and continued to collaborate.

She became the 2nd administrator of the “Collodion Bastards: wet plate work of questionable parentage” Facebook group. The 2nd largest but possibly most infamous Facebook group dedicated to the subject.

Later, Isabel started up her own wet plate business called Photo 42. The name chosen was a combination to photography couple with her life as a bookseller and book worm as the number 42 is a reference to the Hitchhiker’s Guide To The Galaxy by Douglas Adams. It reflects the new-found purpose of her professional and personal life.

Starting wet plate isn’t easy, it takes time to find a workshop, later find suppliers, we all make mistakes buying things that we realise are the wrong ones only when the delivery man drops them off. Photo 42 was meant to help make the start easier with kits, a one-stop stepping stone into the world. It was never meant to be a “regular” supplier, the business just followed demand and grew into what it became.

In 2015 a friend headhunted Isabel to take part in the organisation of Photographia, little did she know that it was, in fact, a ploy to get her to run the entire operation as Nicole Housiaux, the founder, wanted to retire after almost 3 decades of being devoted to the organisation.

Isabel closed Photo 42 early in 2017 and now concentrates on Photographia to which she applies the same principle as with previous projects: make it easier for us all to find what we need and want, a place to learn and practice, a place to meet, all the while continuing to organise Occaphot’ and adding others new events and services.